‘Training the Trainer’ Training from Frome Medical Practice on Zoom

Just what the doctor ordered. 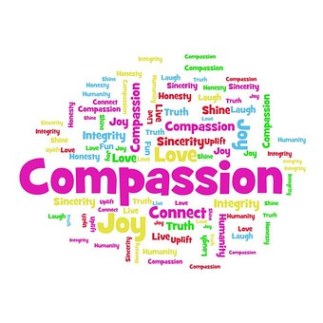 This was our response of thanks to Julie, a Health Connector in the expanding Mendip wide work now (not just Frome). Julie provided two hours of explanation of the why’s and wherefores of the work of Connecting to 7 “allsorts” from Whitby.

Julie provided a very helpful supply of anecdotes that illustrated how varied the way compassion can be distributed and who can be involved in it. A memorable story for remarked on later by several of us was the story of two men on a bench in Glastonbury town centre.

Julie spoke to them on an outward bound trip and they asked what she was up to. She explained the volunteer Community Connecting role and they seemed interested but not in training! She replied it was OK because she’d be in Glastonbury at that bench, at the same time and on the same day of the week. She would deliver training 1:2 by word of mouth.

Those two became avid doers reaching people that Julie could probably not have done. Early Glastonbury volunteer connectors. They expressed the fact that they felt part of a solution to a problem and not the problem only!

Many volunteer based projects were encouraged into being too. Innovative start ups. Not directly part of the Compassion Connecting but all working together, bottom up.

The Talking Cafes were a key tool in success. They had a presence at livestock markets too, helping the often isolated farming community. 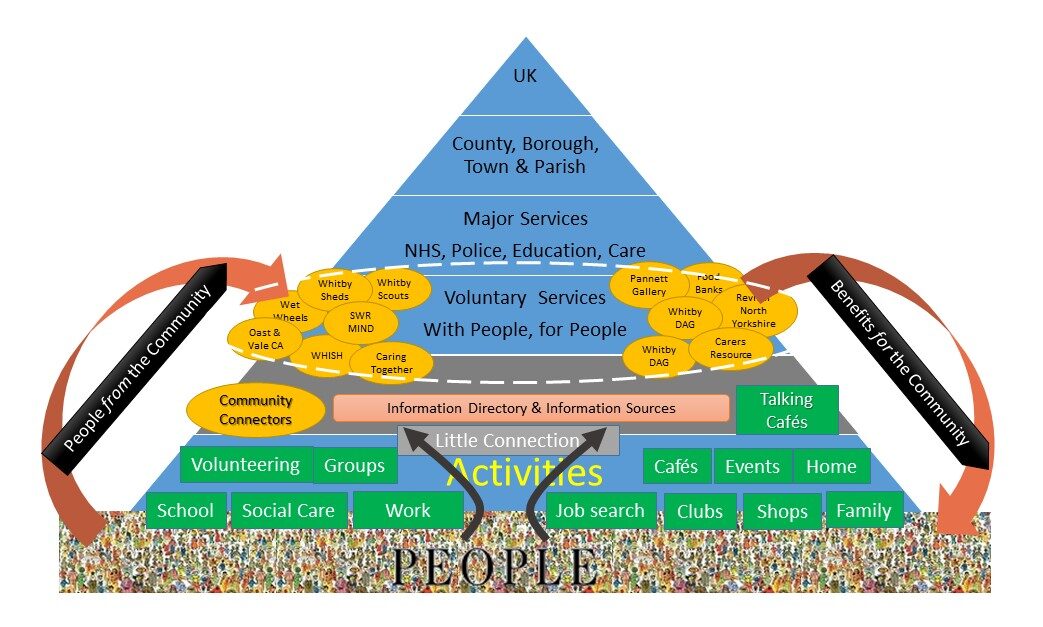 The Compassion Project is the grey band. The signposting band.

The opportunities are as limited as people’s imagination.

Julie acknowledged that we probably had many activities in Whitby. Indeed we do. The secret was to open up low level communications between those activities to generate an appreciation of what big and small projects do and that they complement each other. It comes from bottom up not top down, Julie said.